1950 - 1988
Finally, in 1950, Hayter felt it was time to return to Paris. Life in America, although economically secure, was too competitive and Hayter also found the society intolerant of artists generally. (17)

Atelier 17 continued on in New York for a number of years under a series of different directors. On 7 September 1955 it was announced that the New York shop was closed.

According to James Kleege, "In reality, the Atelier 17 was wherever Bill Hayter was." (18)

Although it has changed locations many times since 1950, Atelier 17 persists to this day (the name was changed to Atelier Contrepoint following Hayter's death in 1988). The number of artists who have studied directly with Hayter number in the thousands from all over the world.

Following 1951 Hayter continued to produce and to create innovative work. However, his return to Paris marked a withdrawal from the New York art and media scene.

Even so, the printing process which is commonly known as ''viscosity" printing (Hayter refers to it as "simultaneous printing"'), was only just beginning to be worked on at this time by members of Atelier 17. This lead to an completely new look in prints by entering in the element of color as an integral part of the work, not just an afterthought. 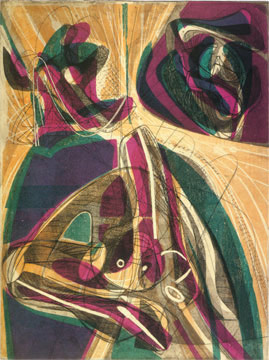 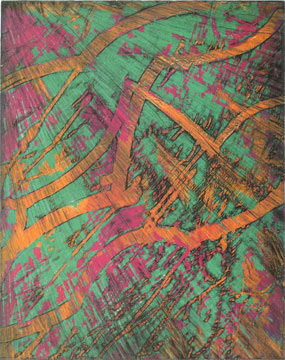 1962
About Prints is published. In this book Hayter describes various printmaking techniques as well as establishing methods of distinguishing varying degrees of originality between original prints and reproductions. 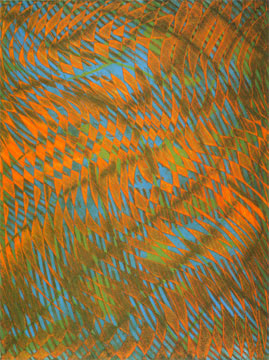 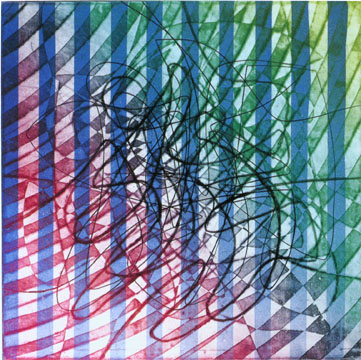 Summary
In the 1920s and 1930s Hayter concentrated on applying black-and-white techniques of intaglio printmaking to the aesthetic concerns of modern art.

From the 1940s onward his technical preoccupation was with color printing. Eventually he was able to print various colours simultaneously as seen in "Centauresse" and subsequent work.

When Hayter returned to Paris in the 1950s he began to experiment with color printing using inks of varying viscosity, applied with rollers of varying hardness, to plates of varying levels. He then applied what he discovered in the process to visual subjects which he found of interest. Hayter's fascination with various branches of science found expression in his paintings and prints, as well as his underlying interest in figuration.

In his Preface to Hayter's 1949 book, New Ways of Gravure, Herbert Read introduced the author by stating:

Among contemporary artists Stanley William Hayter has a wide influence which is due to two distinctive features. In the first place he has revived the workshop conception of the artist ­ the artist, not as a lone wolf howling on the fringes of an indifferent society, but as a member of a group of artists working together, pooling their ideas, communicating to one another their discoveries and achievements. In the second place, he is an artist with a philosophy, a philosophy that assigns a particular function to art in life, and the the artist in the life of society.(19)

In summarizing his introduction to The Prints of Stanley William Hayter, Jacob Kainen writes:

...Hayter's greatness as an artist, finally, has little to do with his undoubted technical wizardry or his overwhelming stylistic influence; it lies rather in his depth of human feeling and the magical powers of his invention.(20)